Archaeological rescue excavations, which preceded the construction of Aqualand, have brought, among others, one of the most sensational archaeological discoveries of the past years in our country. The foundations of the largest hitherto known prehistoric building on our territory were unearthed. The characteristic layout allows to recognise in it the standardised form of a Roman military hospital (lat. valetudinarium). The side lengths are 71 and 42 m respectively (corresponding to 237 and 140 Roman feet) and the overall area is 2,923 m2. 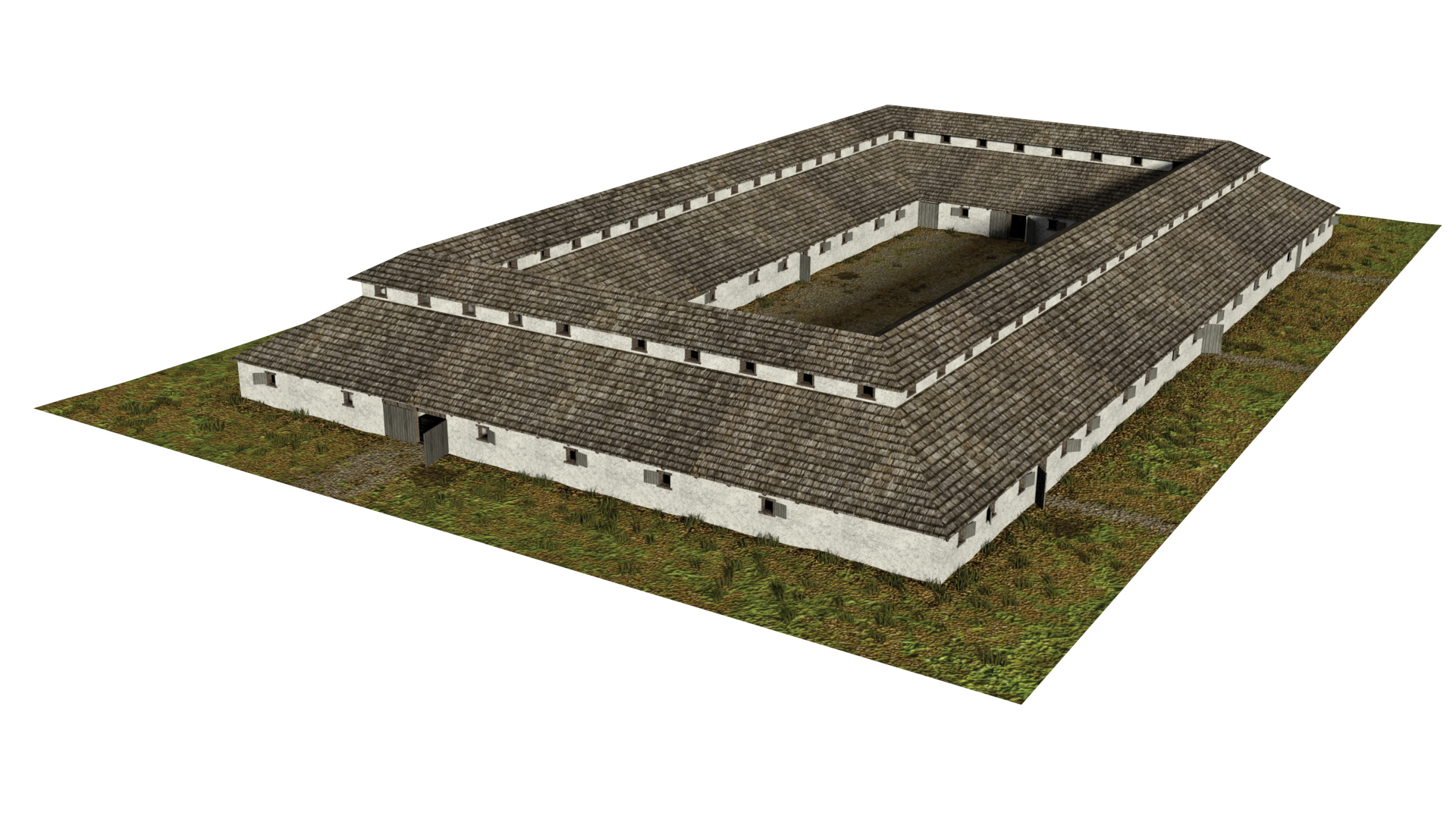 Visualisation of the presumed appearance of the valetudinarium.

Archaeological evidence of the building is only preserved in the form of foundation trenches (i.e. underground parts of the building), but it can be supposed that the building was built without the use of bricks and stone. Some parts of the ground plan were, unfortunately, already damaged or completely destroyed by building activities in the second half of the 20th century. However, the general appearance of the building can be reconstructed relatively accurately. The foundation trenches preserved were 5 to 60 cm deep. Originally they were much deeper, but modern terrain modifications have considerably lowered the ground surface. The frame construction of the walls was embedded in the trenches, and deep pits after supporting beams were detected in places of internal load-bearing structures (mainly in the corners of rooms).

In better-preserved parts of the building it was possible to distinguish the characteristic layout with basic division. The external and internal wings of the building were interconnected by a corridor (width 3.5 m), which provided access to individual rooms. In the middle of the building there was a rectangular courtyard sized 42x14 m (an area of 617 m2). The course of the foundation trenches reveals the basic axial symmetry of the whole building. An asymmetrically placed entrance was identified in the south-western narrow side of the building.

The main entrance was situated in the middle of the opposite side, which was probably the front side. The central corridor, running around the whole building, was equipped with an additional roof superstructure intended for venting and lighting. Based on the reconstructed layout, the total number of rooms can be estimated to 76. Most of them were small rooms with an area of 13 to 18 m2, which have served as bedrooms for 4 to 8 inpatients each. They were situated on both sides of a narrow (ca. 1.8 m wide) room or corridor, from which the small rooms were entered. The other premises have served the needs of the staff or as operating theatres. 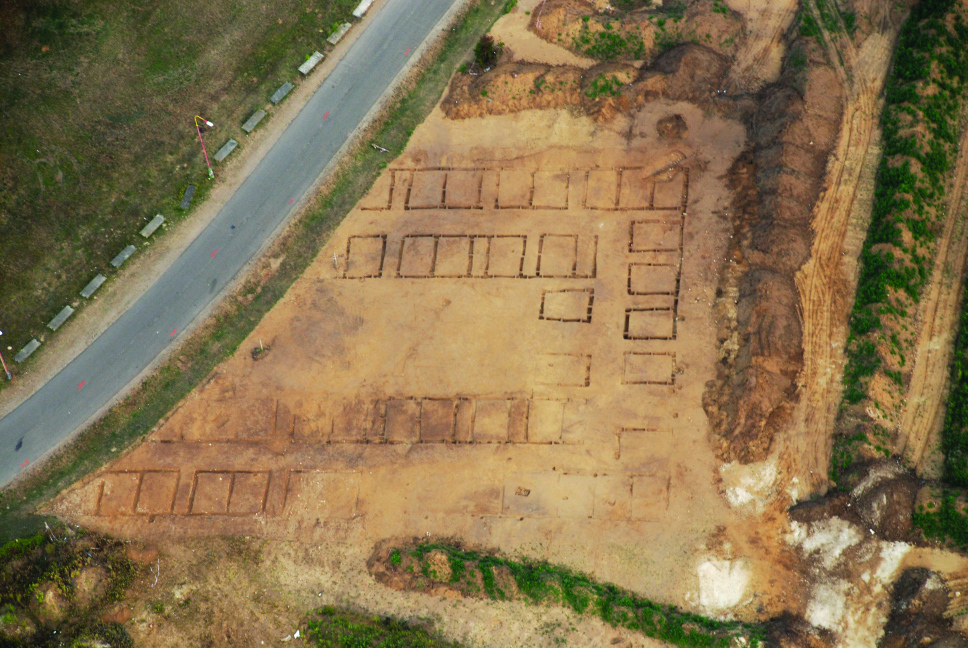 An aerial image of the unearthed foundations of the valetudinarium.

The valetudinarium on Hradisko represents a type of Roman building, which was invented by military architects in the time of Emperor Augustus at the turn of the eras. From the whole territory of the Roman Empire we know 14 such buildings, inclusive of that in Mušov, all of them situated in the largest legionary camps. The military hospital in Mušov is the only among them that was built on the enemy territory, at a considerable distance from the frontiers of the Empire.

Medical science was brought to Rome by Greek scholars sometime after the mid-2nd century BC. In Greece of that time, medicine has already had a long tradition. To one of its main movements belonged the medical school on the island of Kos, whose most significant representative has been Hippocrates in the 5th century BC. Other outstanding physicians were those who worked in the Egyptian city of Alexandria. Their knowledge was brought to Rome by, for example, Asclepiades – the first physician who introduced the natural therapy. The most famous ancient physician was Galen of Pergamon (died in AD 200), surgeon at the imperial court in Rome. Latin translations of some of his about 300 original treatises written in Greek have mediated the medical knowledge to the whole medieval world. 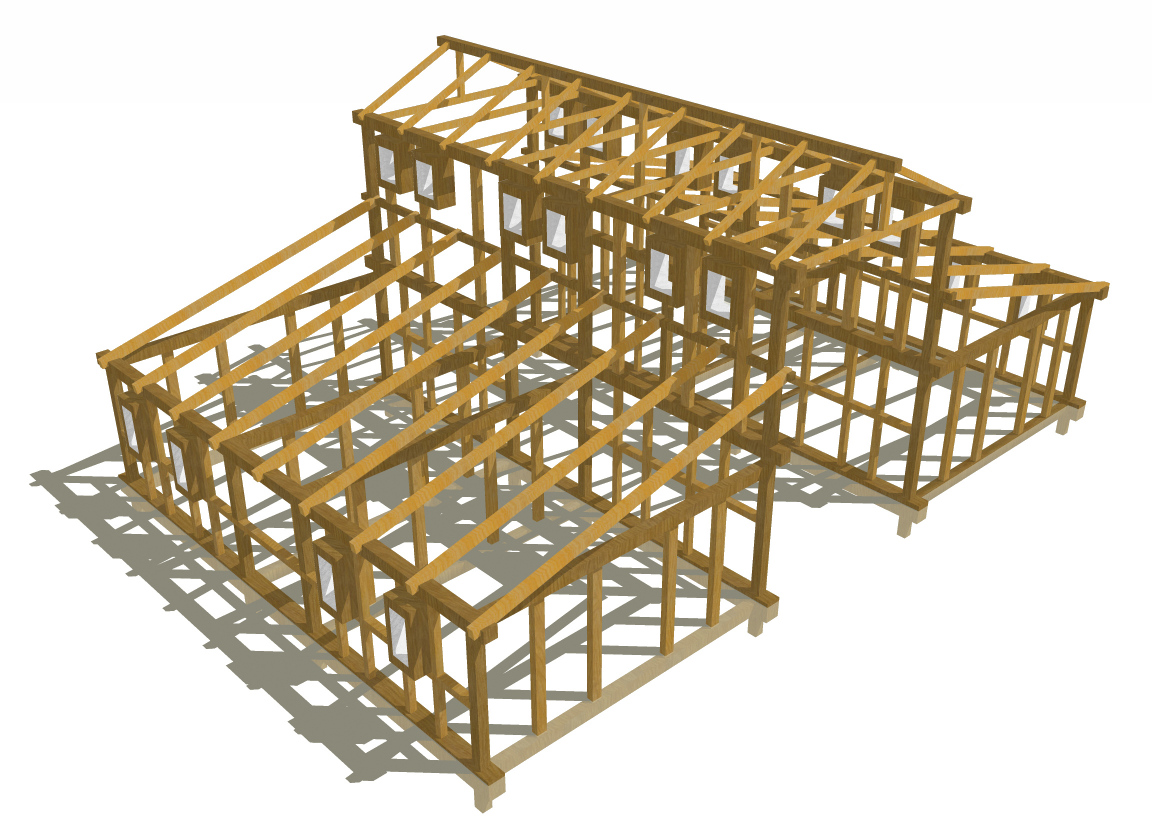 A scheme of wooden construction of the valetudinarium; the space between wooden beams was probably filled in with adobe bricks

In ancient Rome, the profession of a physician has changed from a little-respected job, suitable only for slaves or freedmen, into a privileged occupation. The Romans were the first who codified the status of physicians and organised systematically the medical education. The physicians at the imperial court, in all military units, those who cured the gladiators, and the “people’s” doctors for the poor and for public hygiene were paid by the state. A wide range of specialised doctors are also known, for example dentists, surgeons, surgical operators, gynaecologists, ophthalmologists and otologists. 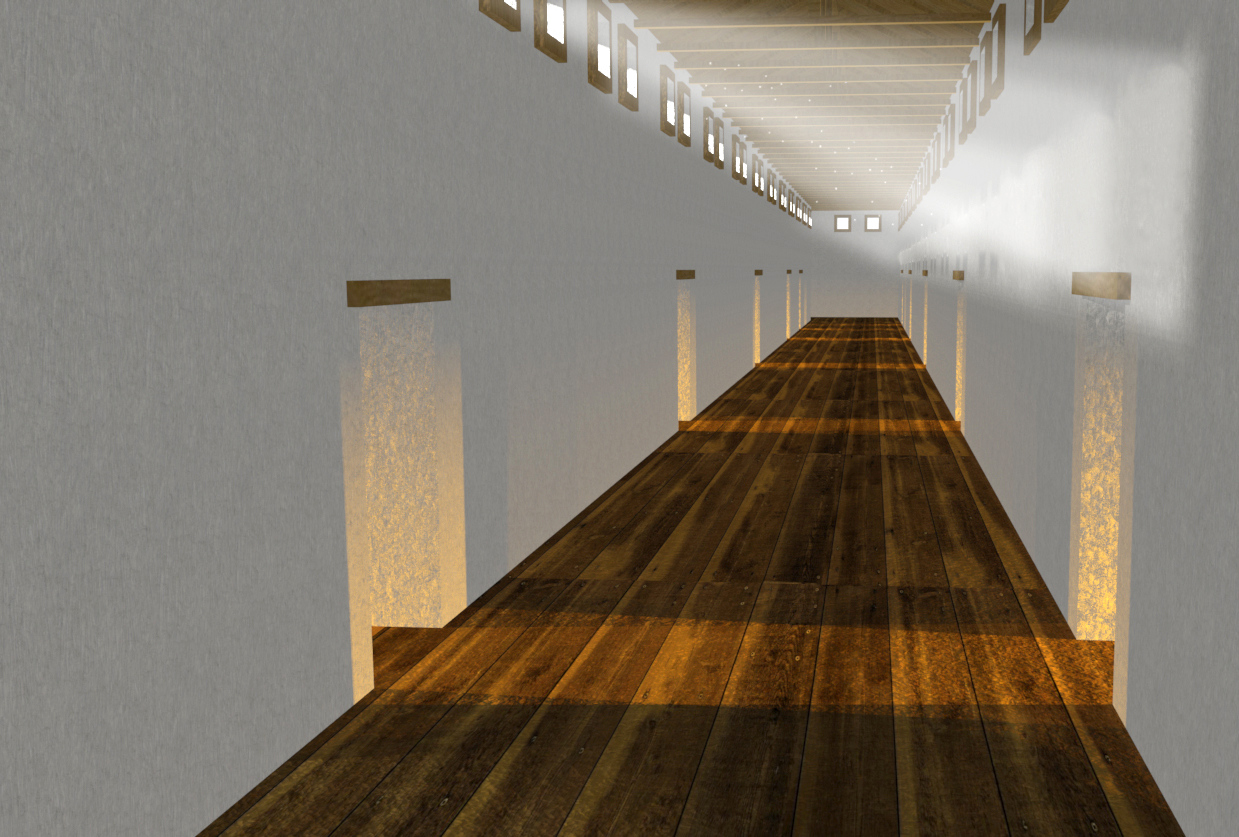 Visualisation of the interior of the military hospital.

Medical instruments occur relatively often among archaeological finds on the territory of the Greek and Roman ancient civilisations. They were made from bones, bronze, iron and steel. The most frequent instruments are various spatulas, probes, syringes, catheters, instruments for scraping bones (xysters), cauterisation tools, scissors, tooth and root extraction forceps. Among them also are surgical scalpels, sometimes with double blade, tweezers, bone forceps and cutters, retractors for wounds, needles for stitching wounds, from among gynaecological instruments for example vaginal speculums, embryotomes and crushers. In Mušov so far a single small ear probe and tweezers were found.