Significant relics of Roman architecture are also found on a flat terrain terrace, which is situated here, at the foot of the Hradisko Hill. Information about these relics was obtained during archaeological rescue excavations, which have been carried out in 1992–1993 before construction of the Brno–Mikulov highway. Repeated presence of Roman army is, for example, evidenced by buildings, ditches or numerous baking ovens which were unearthed at these places. 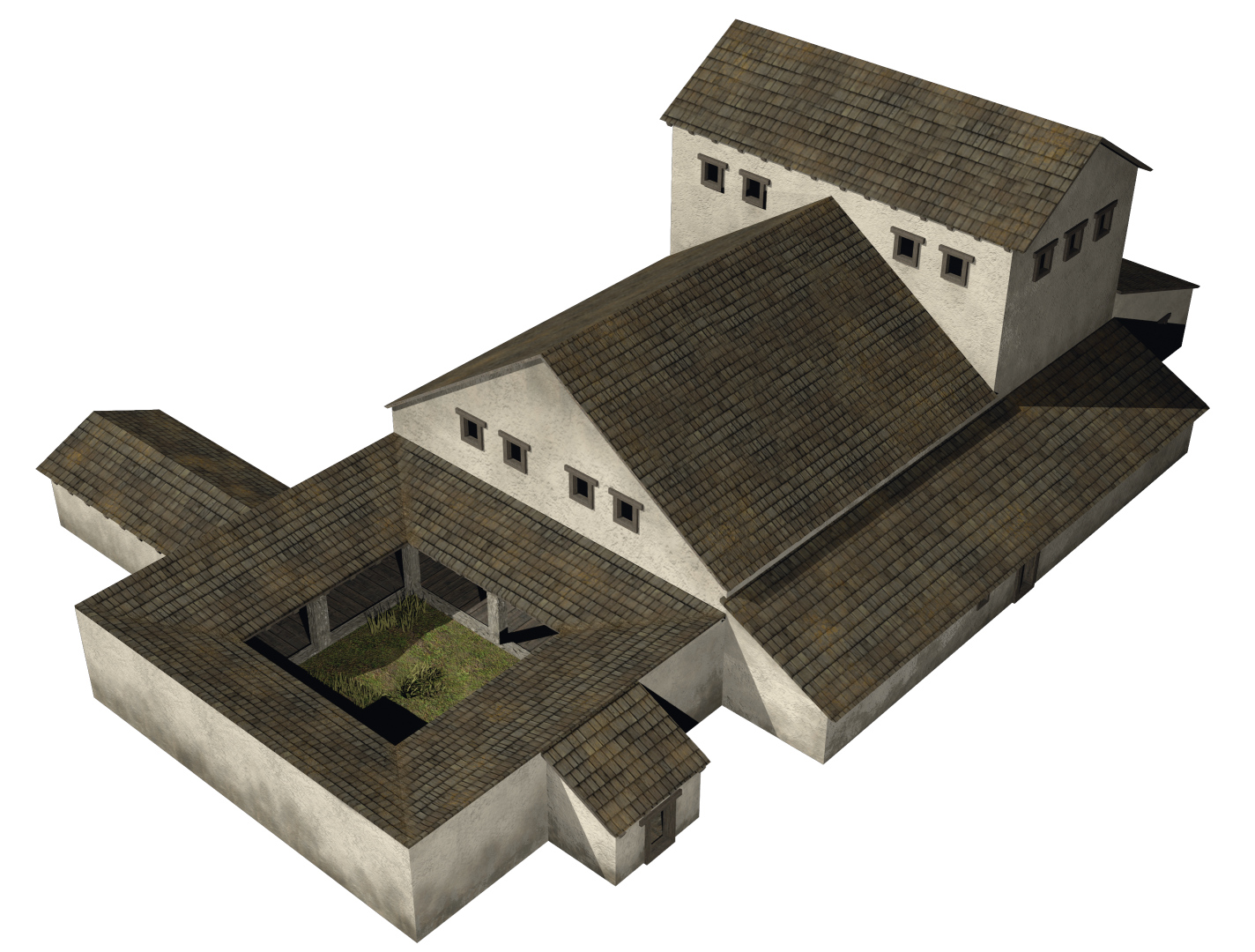 Ground plan and 3D-visualisation of the timber building.

Along the upper edge of the terrace a typical Roman V-shaped ditch 2.6 m wide and 1.5 m deep was examined in a length of about 190 m. The inner side of this ditch was bordered by an earthen rampart with massive wooden watch towers built into the embankment at uneven distances from each other. The only evidence of these towers preserved until the archaeological excavations is represented by square pits as much as 0.8 m deep, in which the original wooden girders were embedded. Judging from their arrangement, the area of individual towers can be estimated to 4.5 x 4.5 m.

Also at the edge of the terrace, one of the two presently known gates to the Roman camp was explored. From this gate only 0.9 m deep square pits for embedding of girders are preserved. These pits form a ground plan sized 15 x 6.75 m, which is typical of Roman fortification architecture. Based on this plan we can reconstruct a gate with two passageways and two side towers linked by a bridge at the level of the fortification’s walkway. 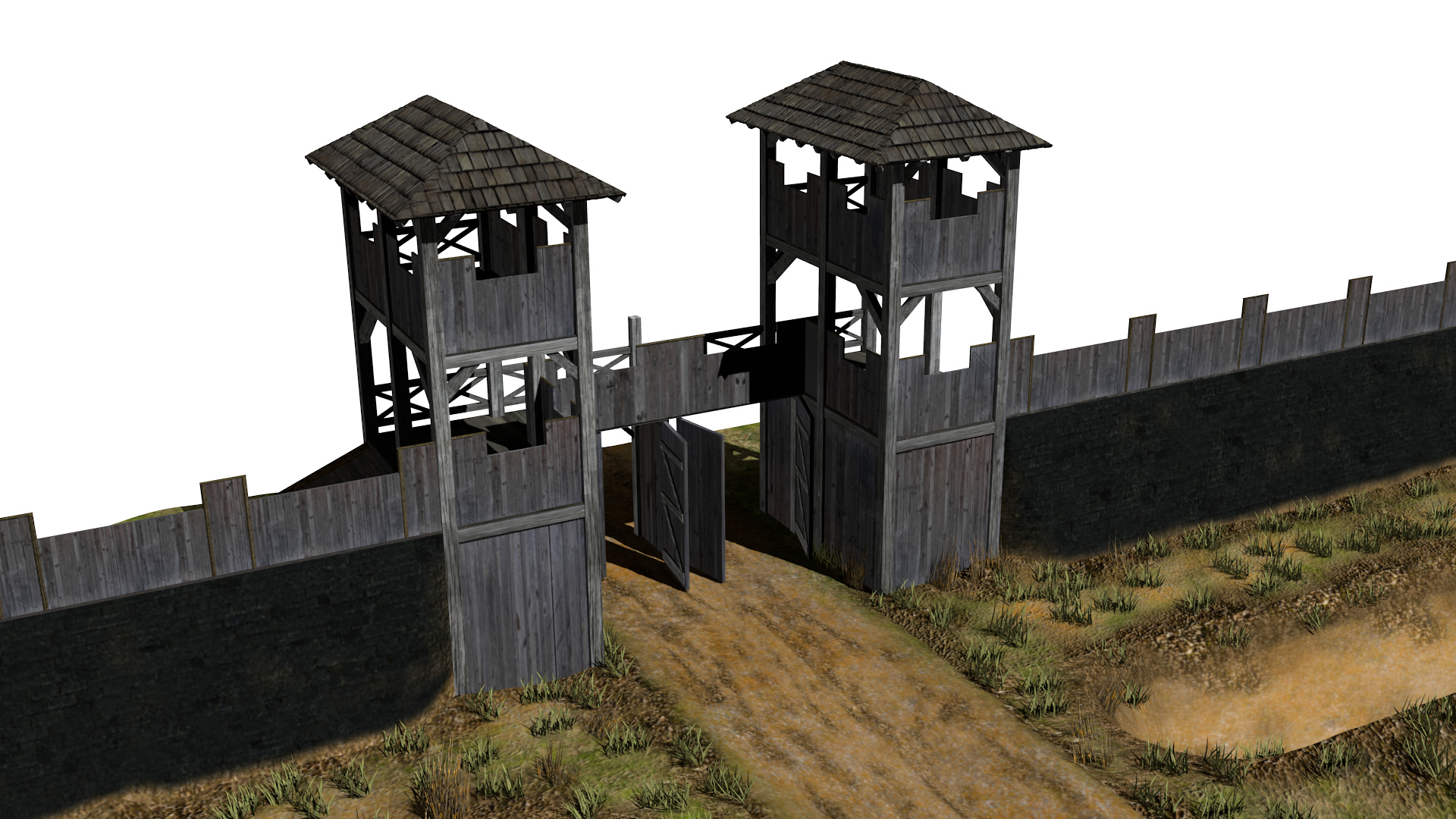 Ground plan of the gate and 3D-visualisation

The gate towers and watch towers overtopped the walkway on the rampart by at least two storeys, and the reconstructions take into consideration a height of 8 to 9 m. Interesting is the location of this gate at the edge of a steep slope, below which there is an already dead arm of the river Jihlava. So it is very likely that this gate represented an entrance to the fortified area from the direction of a still undiscovered anchorage ground for barges and boats. This may have been the place through which the military camp has been supplied with food, fodder and building material. These commodities were brought by the Romans and transported on the Dyje–Morava route. 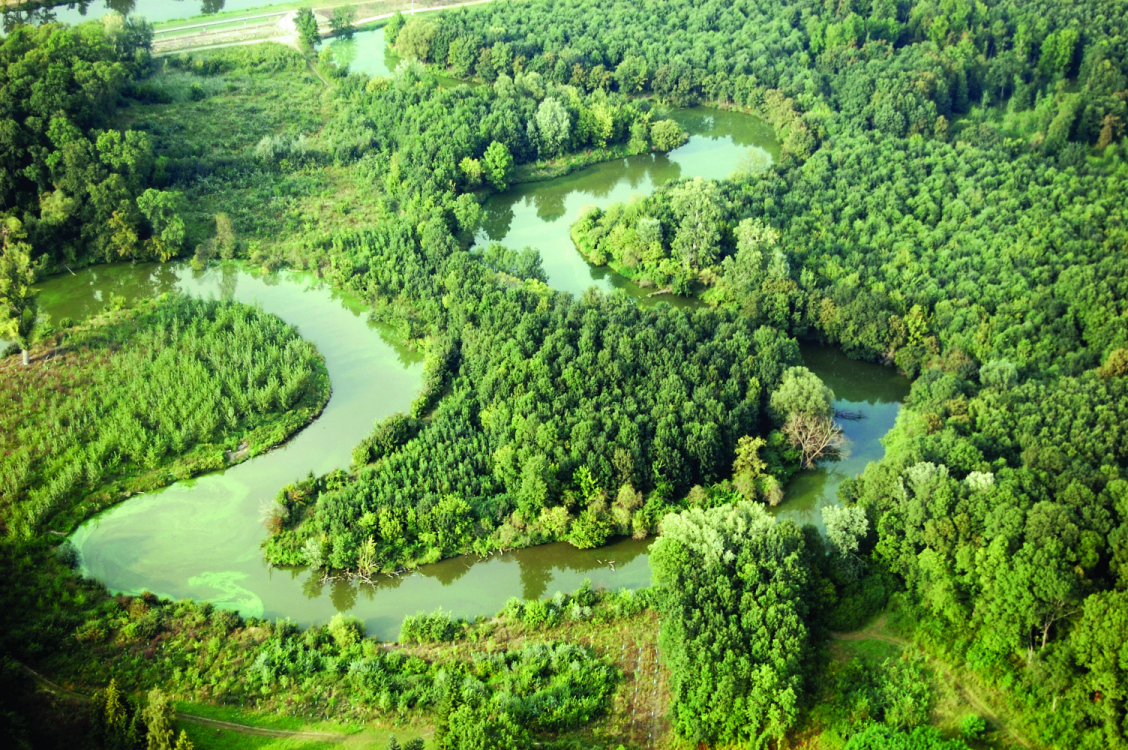 Example of unregulated flow of the river Dyje illustrating the complexity of river routes at the time of Roman presence.

Foundations of an unusually spacious timber building (44 x 20 m) were unearthed right opposite the existing chapel. In the foundation trenches preserved, which are now filled with dark earth, rested originally a construction composed of wooden beams and clay (timber framing). The building was equipped with a spacious central reception room and an internal courtyard surrounded by a colonnade. A theory claims that the building was a luxury residence, maybe of a commander who was titled praefectus castrorum (“camp prefect”). He “commanded” the entire camp, maintained and updated the equipment, and supervised all the artisans, builders and other technical and civil assistants accompanying the army.