Archaeological relics on the territory of where was once the village of Mušov and where is now Pasohlávky represent an extraordinary piece of cultural heritage, whose historical significance goes far beyond the frontiers of the Czech Republic. For almost hundred years already, archaeological excavations have been bringing to light here new and often very unique evidence of life and funerary customs in various cultures and ethnical groups from the end of the last Ice Age until the Middle Ages. Among these relics distinctly stand out those, which were left here by the repeated presence of Roman army in the first centuries AD.

The archaeological site of Hradisko (sometimes referred to in German as Burgstall) is situated on the cadastral territory of what was once the village of Mušov, 80 km north of the Danube near Vienna (Roman Vindobona). It is located on a flat top and on the slopes of a moderate hill rising above the terrain near the confluence of the rivers Jihlava, Svratka and Dyje. The hill occupies an outstanding strategic position on a crossing of important roads. From the hilltop it was possible to overlook the floodplains along the shores of Dyje and Svratka, which have been densely populated by Germanic people in the first four centuries AD. The locality is protected by the statute of a cultural monument (Reg. No. in the Central List of Cultural Monuments 15909/7-1582). 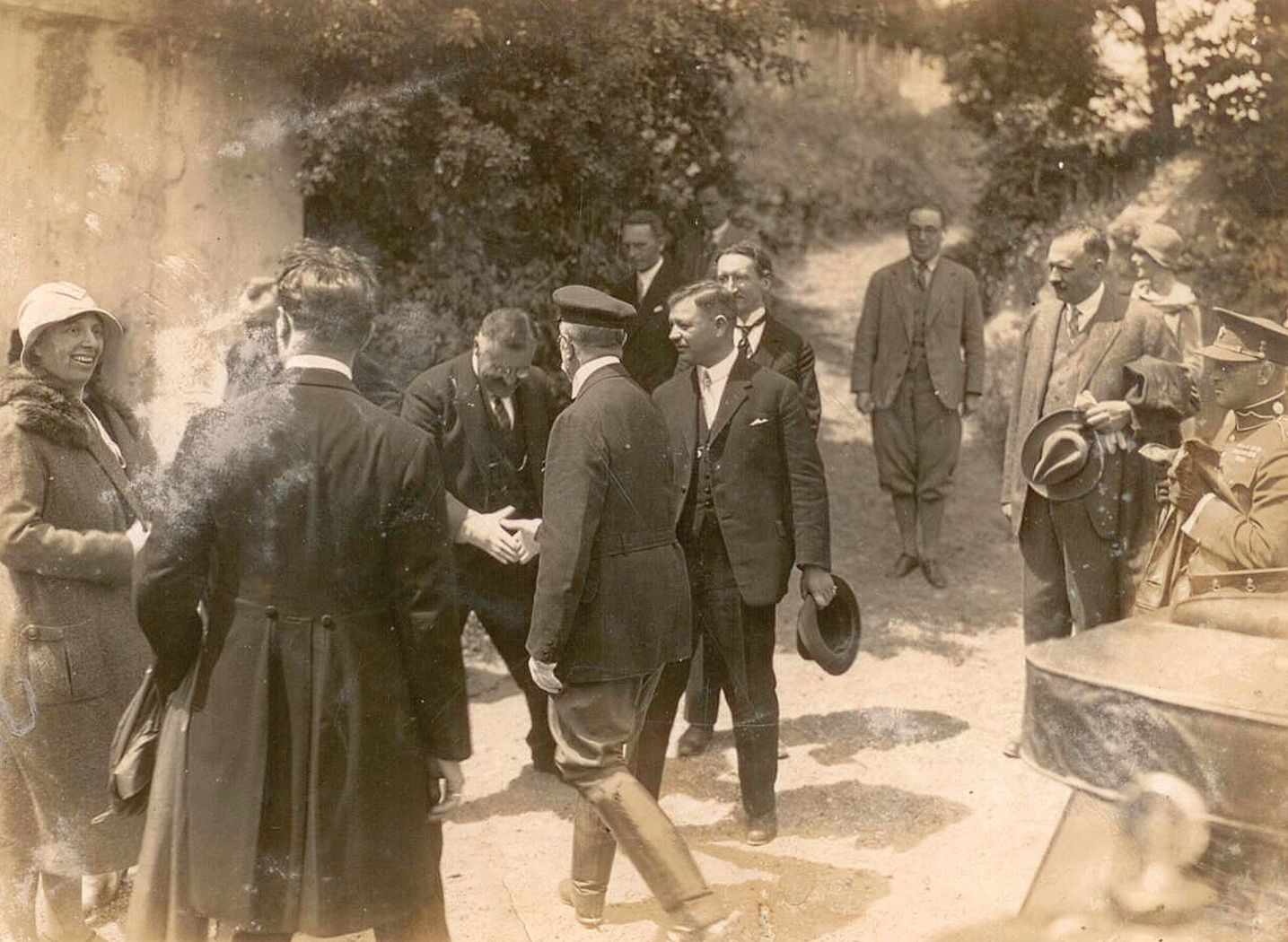 The arrival of T. G. Masaryk in the excavations at Hradisko near Mušov

Despite numerous archaeological excavations which have proved that the most frequent and most distinctly preserved relics were left here by the Roman army, the major part of the site still remains hidden in the ground. Individual relics are scattered over an extensive area of up to 30 hectares and their identification has mainly been made using the methods of non‑destructive survey (e.g. aerial imaging, geophysical measuring). Large-scale excavations were carried out in places of building activities (e.g. the road Brno–Mikulov or Aqualand), in the other parts only small-scale targeted research trenching is being performed and will also be done in the future. This type of survey with its expensive but very sophisticated methods is able to answer more detailed questions concerning the accurate dating and function of individual features. 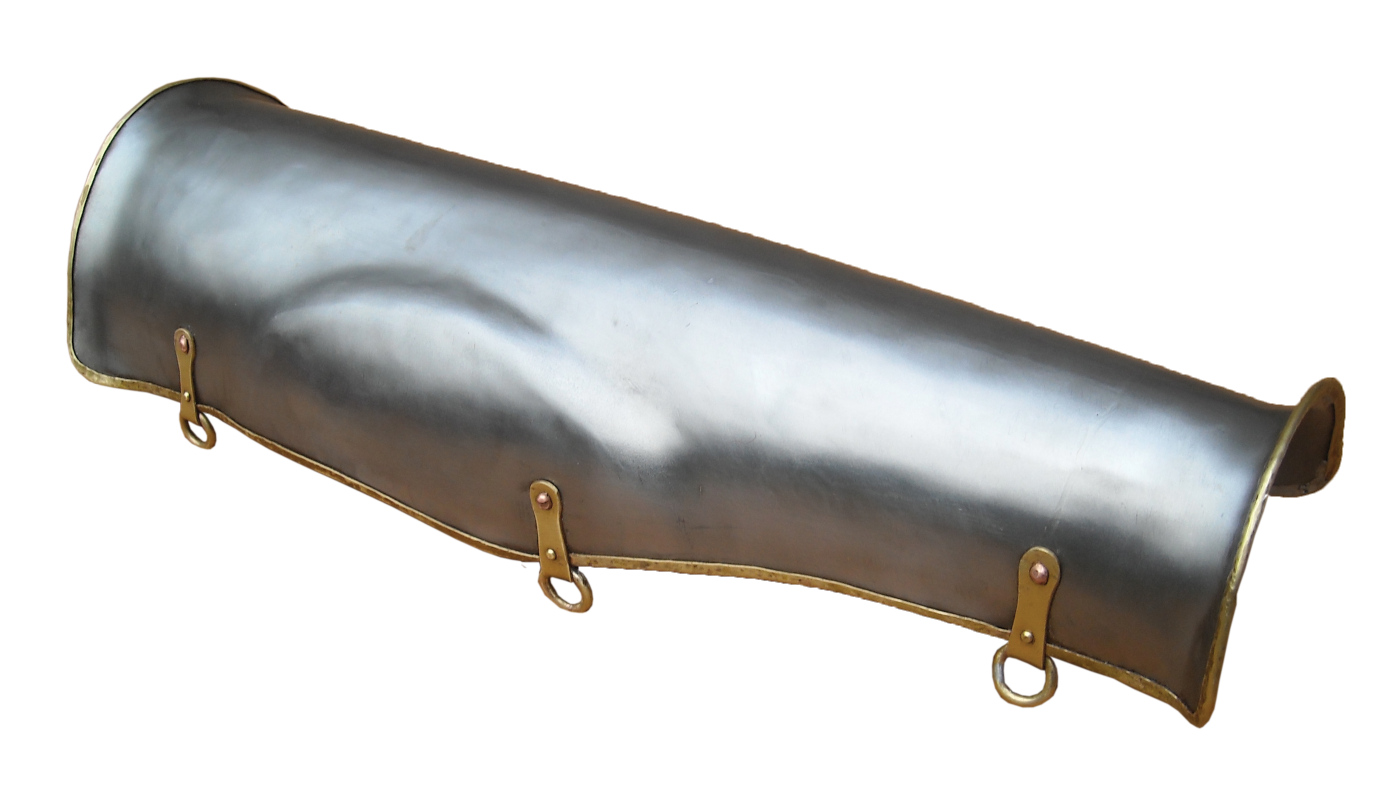 Replica of one of the greaves found at Hradisko.

On the slope below the present-day vineyard, where geophysical survey has proved the presence of a whole series of Roman ditches and buildings from individual constructional phases of the fortress, a small-scale test trenching was used to verify, for example, the course of a V-shaped ditch 3.7 m wide and 2.2 m deep. Although it is not yet known, to which constructional phase this ditch has belonged, it is beyond doubt that it was associated with Roman military occupation. Immediately above the bottom of the ditch a discovery was made, which is unique within the whole Roman Empire. An unspecifiable cluster of corroded iron objects was examined by computer-aided tomography and identified as two Roman iron greaves fitted at the edges with brass sheet and laid one inside the other. The subsequent demanding two-year-long conservation by the Technical Museum in Brno has proved that both of the greaves of unequal size originally protected the left legs of foot soldiers. So it is evident that the greaves could not belong to one and the same soldier and, judging from their position at discovery, they evidently were not lost when being used. It is likely that they got into the ditch – whether intentionally or by chance – wrapped in an organic material. 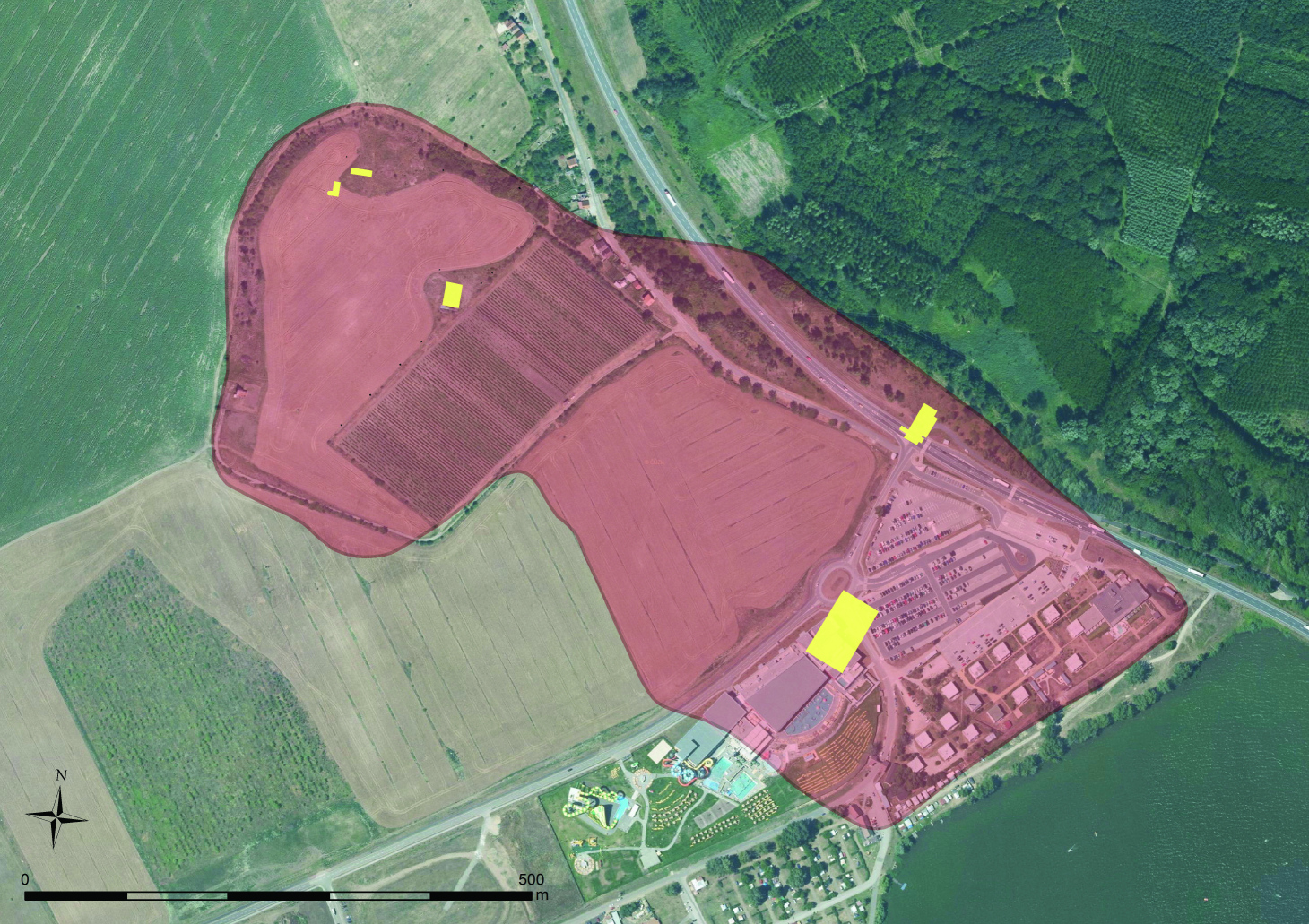 Extent of the area with occurrence of Roman ditches and buildings 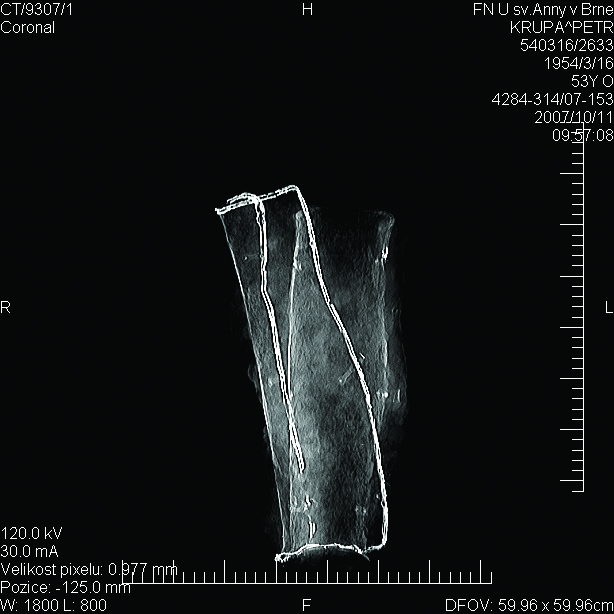 A tomographic image of the greaves, where the distinct lightcoloured lines indicate brass fitting at the edge