The first archaeological excavations at Hradisko have been carried out in these places. Foundations of two buildings – remnants of antique architecture which are unique on the whole territory of the Czech Republic – were unearthed  here in 1926–1928. A residential house of rectangular layout with four rooms and a structured building, which served as baths, can be regarded as an accommodation complex quite luxurious for war conditions. 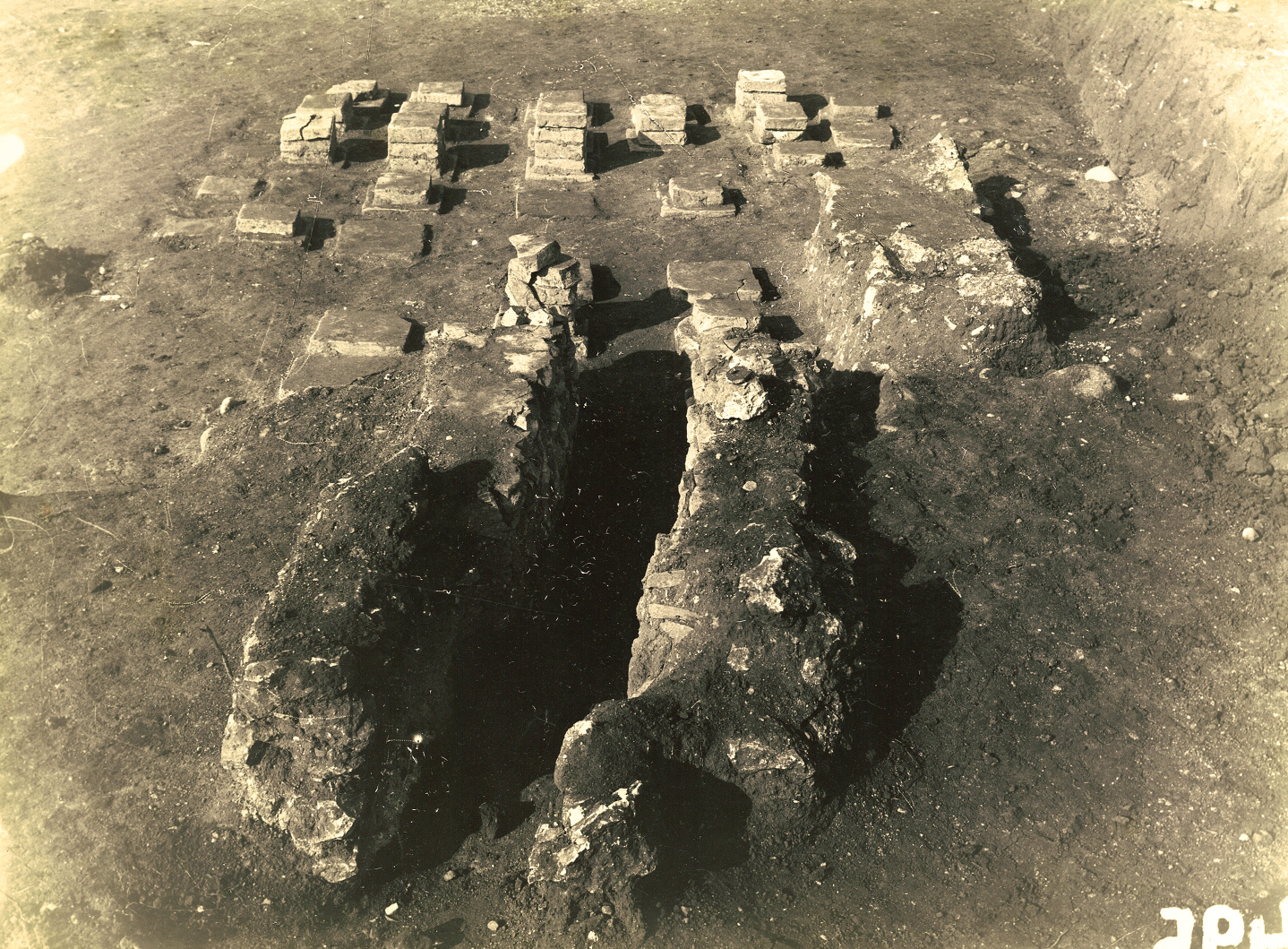 Archival picture of the unearthed part of underfloor heating in the baths.

A “hotel” for prominent representatives of the Roman army and administration. Smaller dimensions of the baths indicate that they were rather intended for private use. The facility included inevitable bathrooms with cold and hot water. Public baths, which have been widely used by ordinary soldiers, might be discovered during future excavations in the other parts of Hradisko.

Both of the buildings unearthed were equipped with a sophisticated, specifically Roman, system of underfloor heating (hypocaust). The construction of floors consisted of regularly distributed brick pillars 30 cm high. On these pillars rested large tiles and upon them a 10 cm thick cast mortar floor. This construction generated hollow space under the floor, which was filled with hot air passing through flues from the furnace outside the building. The circulation and distribution of heat in the walls as well as venting of smoke were secured by box tiles placed inside the walls. 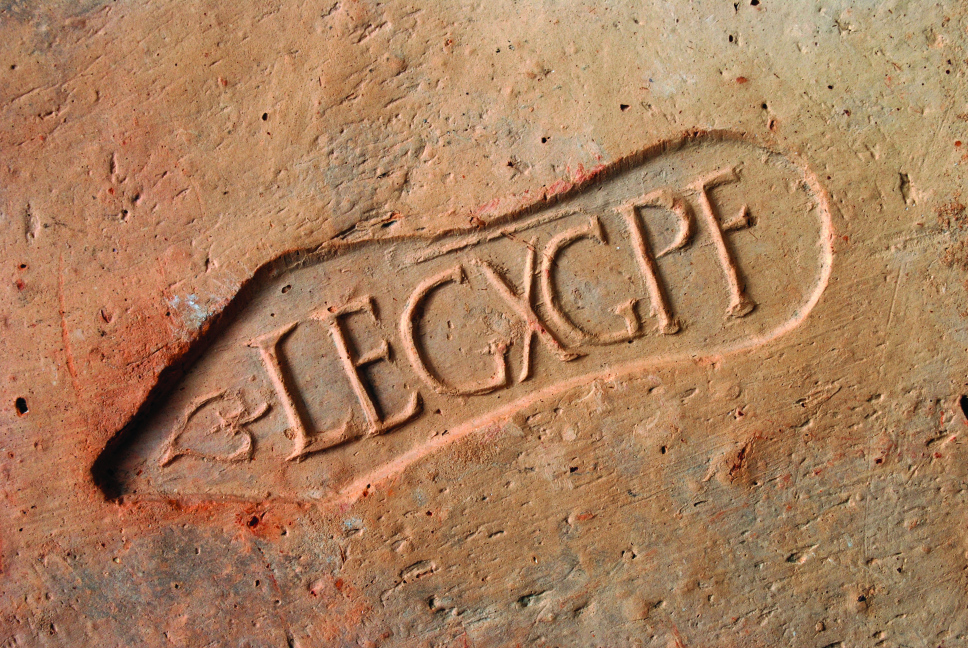 Producer’s mark of the Tenth Roman legion on a brick from Hradisko.

The original perimeter walls, which were probably built of wood and earth using the half-timbering method, are unfortunately not preserved. Judging from archaeological finds, several walls in the interior were decorated with smooth stucco plaster, where the light-coloured background bore alternating red, blue and yellow decorative patterns. The roof was covered by flat and arched fired roof tiles. Most of the fired bricks and roof tiles were stamped with marks in the form of the sole of a military boot bearing the inscription LEGXGPF. It is an abbreviation for Legio X Gemina Pia Fidelis (Tenth Twin Legion, the Pious and Faithful), which reveals that the bricks used with these buildings were imported from the legionary brickworks of this military unit garrisoned in Vindobona (present-day Vienna).

The main parts of Roman baths 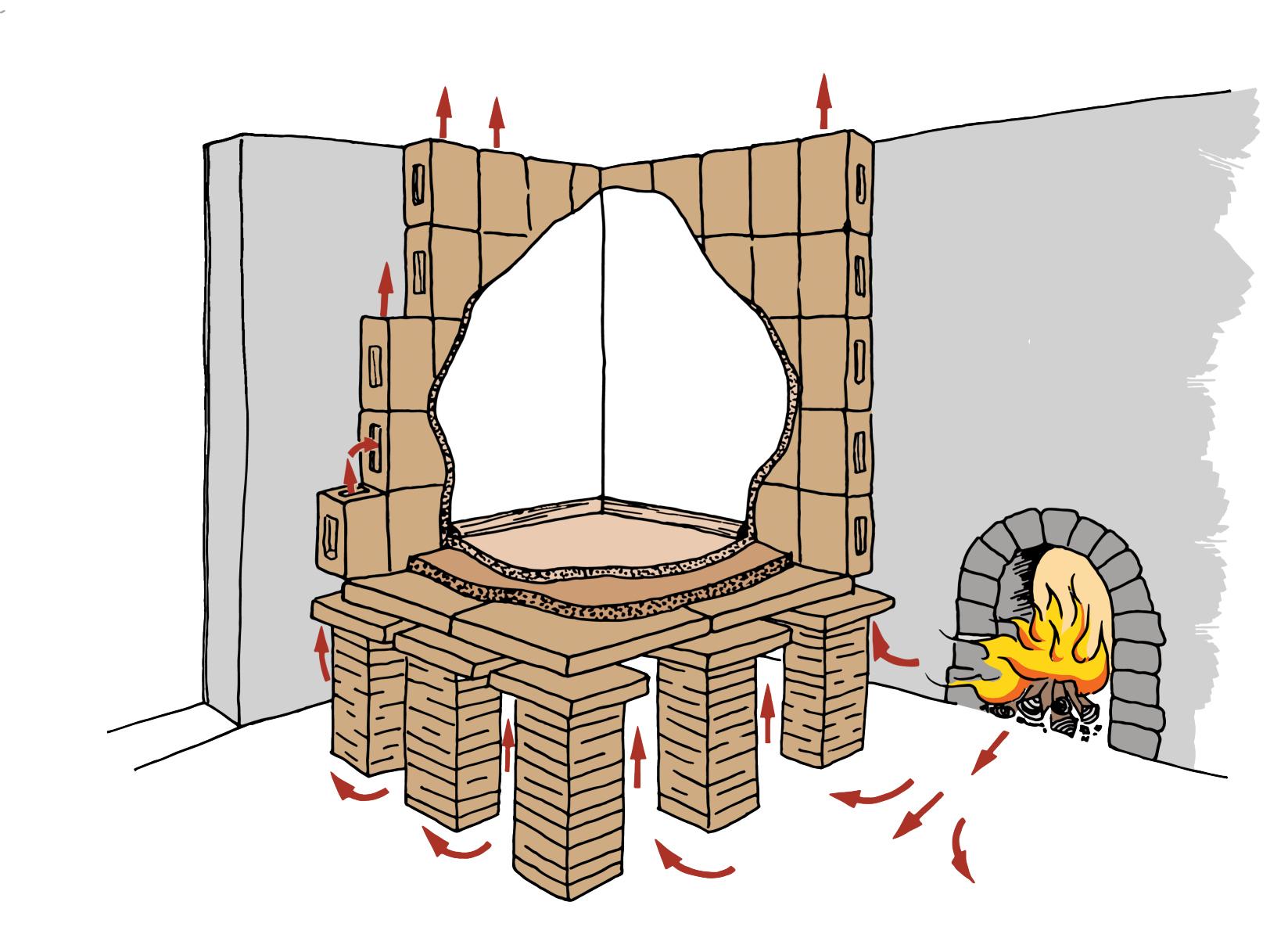