Panel X. — „Do you know who has camped here before you?“

Try to assume away the present-day built-up recreation area in Pasohlávky and go almost two thousand years back in time. In front of you opens a similarly vivid scenery like that of today. If you look towards the present-day Aqualand building, you will see massive defensive walls with towers and a gate, through which Roman legionaries, merchants and their local Germanic allies go in and out. Behind the defensive walls stands a spacious building of a Roman military hospital. Moreover, the flat hill on the horizon on your left and its entire southern slope also are milling with the Romans. Only in places where is now the reservoir you can see a variegated landscape with riparian forests and many branches of the river Dyje. Welcome to Pasohlávky of the year 173 AD!

A 1953 aerial image before construction of the Nové Mlýny reservoirs, showing the original riverbed of Dyje.

The ancient name of the place, which is currently referred to as Hradisko near Mušov and is protected as an extraordinarily significant cultural monument of the Czech Republic, is unfortunately not known. However, thanks to long-term archaeological excavations we can say that it was a place which the Roman army has repeatedly chosen for building up its most important fortification on the territory of the Germanic Marcomanni tribe during the first two centuries AD. Probably in the 1st century AD already, the Romans have built here a military camp whose exact dimensions and dating are not yet known with certainty.

Afterwards in 172–180 (during the so-called Marcomannic Wars), under the famous Emperor Marcus Aurelius, there was an extensive fortification, by far the largest on the Germanic territory. However, it was not an ordinary camp for accommodation of military troops. It has also served as the headquarters of the High Command of the occupation army, which coordinated military operations on the whole territory of what is now Moravia and Lower Austria. There were the logistic hinterland of Roman legions (craft workshops, supplies stores, etc.), buildings intended for the care of wounded or for accommodation of particularly high-ranked persons, probably also from the closest circle around Emperor Marcus Aurelius. The Emperor himself also might have spent some time here. Individual stations of this educational trail will lead you to places where the most significant discoveries from that time came to light. 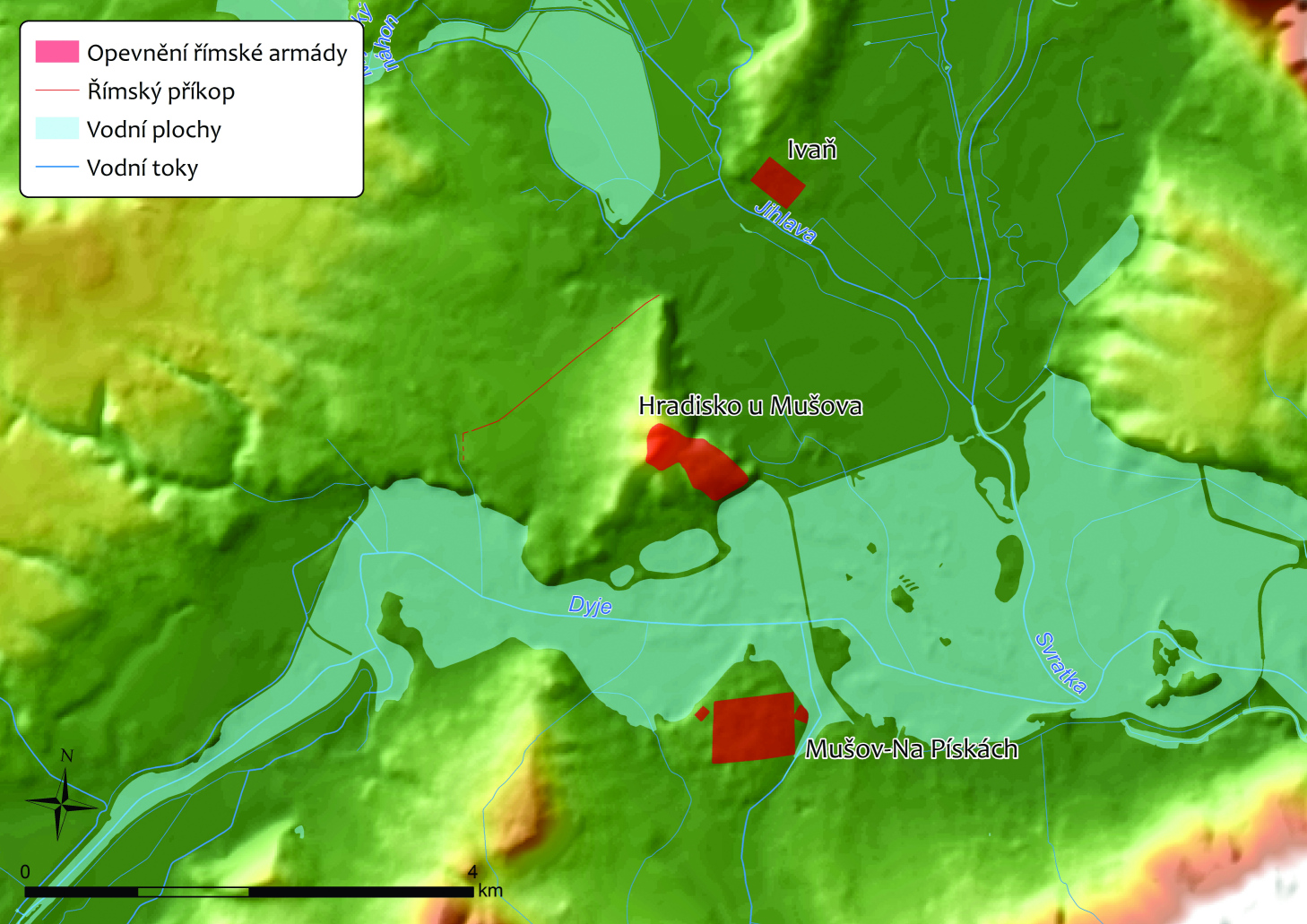 A scheme of the central occupation base of the Roman army in the neighbourhood of Hradisko near Mušov.

The fortification on Hradisko, however, was not isolated on the hill. It became the midpoint of an ingeniously conceived conquest, with the help of which the Roman occupation army has seized a piece of land inside a landscape densely inhabited by the Germans. The eastern border of this territory  was represented by the river Jihlava, the southern border by the river Dyje. The northern and western sides of Hradisko and its neighbourhood were protected by a mighty fortification consisting of a wood-and-earth rampart and a ditch, which stretched from the river Jihlava near the village of Ivaň to the eastern border of the village of Pasohlávky and then further towards the south to as far as the river Dyje.

This defensive wall more than 2.5 km long was interrupted at some places by gates. The access to this enclosure with an area of about 4 km2, from where the local Germans, who were not loyal to Rome, were probably expelled, was protected by another garrisons deployed in nearby field camps. Such camps were discovered in the village of Ivaň and at the Mušov – Na Pískách site on the right bank of the river Dyje. This entire extensive system is nowadays regarded by archaeologists as the core of Roman occupation of the territory of present-day South Moravia. If the plans by Marcus Aurelius for establishing a new province would have come true, this territory should have probably represented its new administrative centre. 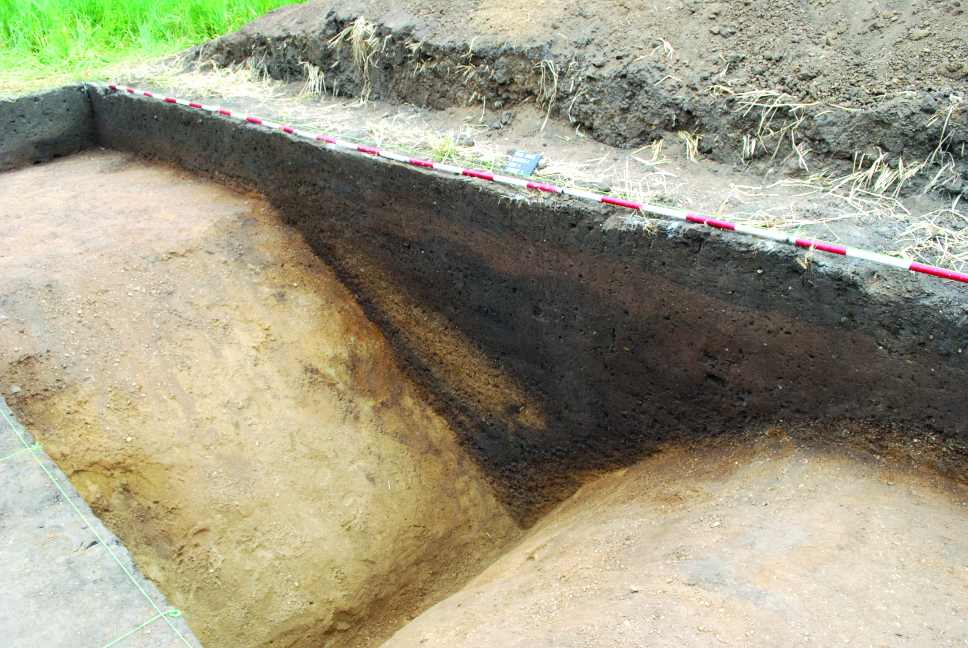 The unearthed part of the external long ditch north of Hradisko.